Happy Birthday iPhone: The Good and the Bad 10 Years Later 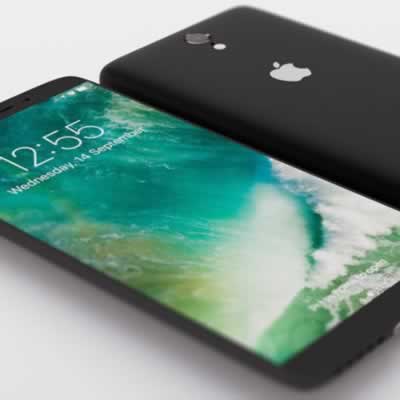 The iPhone is 10 years old this week, and it’s truly amazing how it (and smartphones in general) has revolutionized the way we function as a society and in so many positive ways — having instant access to information, increasing ways to communicate in real time, having multiple applications in the palm of your hand (e.g., a GPS system, a camera, etc.).  But the rise of mobile devices over the past 10 years has curiously coincided with the rise of some concerning problems.

Smartphone overuse can actually lead to problematic behaviors and symptoms that are consistent with substance use disorders or other addictions and dopamine appears to be the main culprit.

Although the Diagnostic and Statistical Manual of Mental Disorders did not include a classification for smartphone or technology overuse as a clinical disorder of addiction, dependence or a compulsion in its most recent edition in 2013, citing the need for further research at the time, smartphone overuse has become a very real problem for many.

Smartphone overuse can actually lead to problematic behaviors and symptoms that are consistent with substance use disorders or other addictions and dopamine appears to be the main culprit.  It appears that dopamine, a natural brain chemical that provides pleasure when we drink or use drugs, is also released in our brains when we use our smartphones.  Yes, smartphone use can be thought of then as a form of self-medicating where users can enter a vicious dopamine loop of constant seeking and receiving of dopamine (i.e. pleasure) in texting, tweeting or engaging the Internet.

Nomophobia, the exaggerated fear of being without your smartphone or not being able to use your smartphone, is a documented anxiety or phobia.  Much like other addictions, individuals suffering from nomophobia can experience a number of physical and emotional symptoms when separated from their smartphone or technology — agitation, respiratory alterations, anxiety/fear, trembling, perspiration, disorientation, tachycardia, loneliness, panic, depression, dependence, low self-esteem and a sense of rejection.  In extreme cases, places with restrictive smartphone use (e.g., hospitals and airports) are avoided by folks who engage in smartphone overuse.

Texting while driving is another problem that has increased since the inception of the smartphone.  According to the National Safety Council, smartphone use while driving causes over 1.6 million crashes each year, and 1 out of every 4 car accidents in the US is caused by texting while driving.  Driving while texting reportedly takes the lives of 11 teens daily in the US, and as many as 21% percent of teens who were involved in fatal accidents annually were distracted by their smartphones.

And then there are the more subtle ways that smartphone use, and our larger growing dependence on technology overall, may be negatively affecting us.  Over the past 10 years, for example, SAT scores have declined significantly; perhaps this is coincidentally happening at a time when technology is more available than ever through hand held devices like the iPhone.  Or maybe critical thinking is being emphasized less in learning and in schools now due to the constant presence of technology; after all, it’s a lot quicker and more appealing to get a question answered by Google or by an App these days on your iPhone than it is to methodically and carefully research or think through an idea offline.

And what about the significant increase in ADHD (and other conditions) diagnoses. Is it simply a coincidence that the sale of stimulant medications (e.g., Adderal and Concerta) reached about $9 billion last year – a number that has essentially more than doubled with ADHD diagnoses over the past 10 years — or is there a relationship between our growing reliance on smartphones and other forms of technology and our attentional capacity and functioning?  Go to any family friendly restaurant and you will quickly and easily find tables and tables of kids, including toddlers, entertaining themselves with iPhones, iPads, and other electronic devices even though developmental research has repeatedly shown that exposure to screens in early life can increase problems later in childhood (e.g., ADHD).

As a psychologist in private practice, I’ve seen first-hand the negative impact of smartphone overuse on grades, work performance, social problems, emotional problems, behavior problems and obesity with my clients.  And many more parents today are bringing their children in for psychological treatment for technology related issues than they were 10 years ago.  Moreover, over the past 10 years, I’ve also seen a growing number of children and teens who view virtual reality as being a more comfortable place to exist than actual reality.

Okay, okay so maybe I’m being too hard on the iPhone.  It’s a pretty wonderful thing to have and use, and it makes our lives so much easier in so many ways.  And as a psychologist, I am aware of the old statistical adage, “Correlation does not imply causation.”  Meaning that even if there is a connection between two events, that doesn’t necessary prove that one event caused the other.  But when numerous events or factors are connected to one another, you have to wonder, and as the American statistician, Edward Tufte, conspicuously wrote, “Correlation is not causation, but it sure is a hint.”

Michael Oberschneider, Psy.D., is a clinical psychologist and the founder and director of Ashburn Psychological and Psychiatric Services. He has been featured as a mental-health expert on CNN, Good Morning America, and other popular media outlets. Dr. Oberschneider has also received Washingtonian Magazine’s “Top Therapist” honor for his work with children and adolescents. He lives in Leesburg, Virginia, with his wife Liz and two children, Ava and Otto.