A person’s political beliefs are determined by several factors.  How you were raised, your life experiences, your current circumstances, your age, and other things, all contribute to your values and beliefs and the choices you make in life – including how you vote.

But what if political issues, or at least how you feel about them, are actually not entirely in your control?  What if the vote you cast on November 3rd turns out to be influenced more by your gray matter than by campaign ads, debates, career records or bus tours?  Scientific research over the past several years has revealed some fascinating findings regarding the intersection between our biology and neurology and the way we vote.

Similarities across several well-conducted research studies have revealed a distinct trend when comparing the neuroanatomy of conservatives and liberals.  Using structural MRI’s to assess political attitudes, a study published in Current Biology found that conservatism is correlated with increased volume in the amygdala and liberalism is correlated with greater activity in the anterior cingulate cortex.

The amygdala is the region of the brain that is associated with emotions including fear, disgust, pity, anger and aggression, in processing information involving subjects or events. Think fight-flight response for the amygdala. The anterior cingulate cortex, on the other hand, is the area of the brain that deals with conflict monitoring, error detection and weighing out competing parts of a problem toward a solution. Evolutionarily, the amygdala is considered to be an older part of the brain and the anterior cingulate cortex is housed in the frontal part of the human brain, which is considered to be the more recently developed part of the brain.

These findings could loosely support the gross stereotypes that conservatives in general tend to process information on more of a reactive level and liberals tend to think more deliberately and with their hearts.

Additional research may support these stereotypes. For example, a study that examined new car purchases conducted by Strategic Vision found that conservatives are the top purchasers of trucks, large SUVs, pickups and luxury cars – arguably emotional purchases – while liberals tend to purchase more hybrids and smaller, practical vehicles – arguably rational purchases involving reward anticipation, empathy and decision making. Conservatives are also much more likely to own guns in their homes than liberals, which could be considered a decision that is rooted more in fear and aggression than empathy and reason.

Conversely, other research on biology and political orientation found that conservatives are more likely to experience higher levels of self-esteem and happiness and reported having larger social networks than liberals.

Research results on the genetics of political partisanship and ideology, as well as political participation, challenges the traditional idea that how you vote is mostly related to environmental factors.  While no one study has yet to locate the republican or democrat gene in determining voter outcome (if such a gene or genetic markers even exist), the research findings in this area of study concur that there is a very real relationship between genetics, heritability and voting.

A study in the Journal of Applied Social Psychology found that liberals tend to be more open (i.e. creative, imagining new things and liking new ideas) compared to conservatives, and conservatives tend to be more conscientious (i.e. being organized and liking plans and details) in relation to liberals.  So, perhaps “Make America Great Again” resonates more with conservatives who are not as open to change and would like to keep things the way they are or are nostalgic about the good old days.

In my opinion, the one thing these research findings can do, is help us to be more patient, tolerant and understanding of others during a time when we are so politically polarized as a nation.  So, the next time an acquaintance, friend or family member disagrees with you about a hot topic — climate control, the economy, affirmative action, gun control, Medicare, immigration, etc. — keep in mind that what they are thinking and feeling is complicated by many factors – some conscious and some unconscious.  Instead of getting upset with that person, I recommend that you take a deep breath and focus on compassionately accepting your differing opinions in the support of your relationship.

“Let us not seek the Republican answer or the Democratic answer, but the right answer. Let us not seek to fix the blame for the past. Let us accept our own responsibility for the future.” 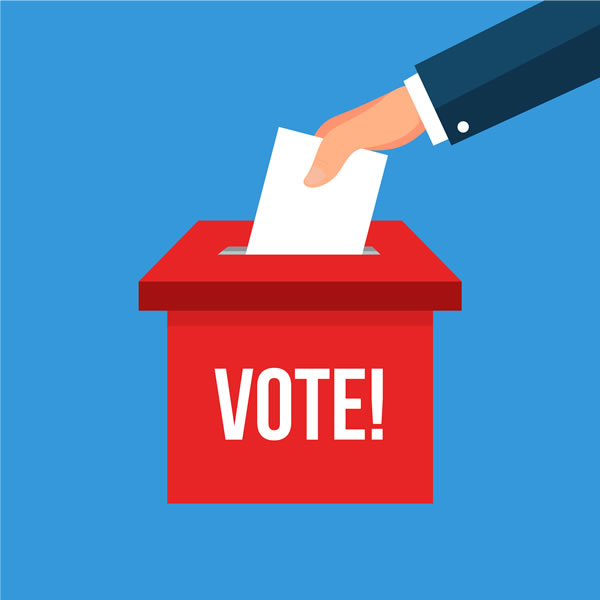