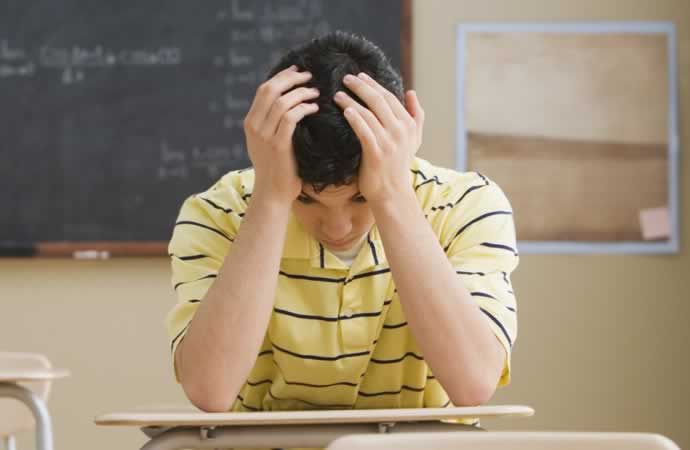 Our son is 16 and he doesn’t apply himself at school at all.  He’s smart, but he doesn’t try and isn’t motivated to do anything.  He’s pretty much been a C and D student (with some F’s) all through middle school and high school and he tells us that he “hates school” and that he “doesn’t care” when we try to help him.  Suffice it to say that we have tried everything possible, and we won’t bore you with the many years of tutors and reward charts and battles and failed promises and attempts on our part and his part.  My husband and I are worried about college, which is less than two years away, because there’s no way he will succeed if things continue to go this way.  Our son is all over the map with what he plans to do after high school.  From being a pro skateboarder and YouTube personality and “professional vlogger” to working full time at Game Stop and going part-time to NOVA.  My husband and I are college grads and our daughter is currently a junior in college, so we expect him to do the same.  What’s he going to do in Northern Virginia without a college degree, work at a video game store forever and play videos games in our basement until he’s 40???  Not sure what we did wrong with him and we feel so guilty about things.  We’d appreciate some guidance since we at a loss on what to do.

Have you and your husband entertained the possibility that your son isn’t suited for college or university?  As you wrote, your son is “smart,” but that doesn’t necessarily mean that he’s book-smart.  There’s a common belief, and your husband and you seem to ascribe to it, that if you don’t go to college you won’t amount to much or succeed in life.  In my opinion, that belief is incorrect since there are a number of vocations or careers that don’t require a college or university degree.

I think you are right to be concerned now for your son at 16 in terms of getting ahead of the potential problems that could arise for him after high school.  So, I recommend that you sit down and talk to him about his post high school plans again, but instead of focusing on your desire for him to attend college or university, get him to talk about his aspirations and goals.  When he brings up being the next big skateboarder or YouTube sensation, listen supportively, but help him to think through those ideas more realistically.  You might also want to make it very clear to your son that if he doesn’t attend a four college or university or community college, your expectation for him as parents would be for him to be productive in the world by learning a trade or earning a full-time salary.  He should leave the discussion understanding that, as parents, you will support him fully with whatever he’d like to pursue in life, but hanging out at home after high school isn’t an option.

As parents, I also encourage you to look into Monroe Technology Center in Leesburg for your son.  Monroe is affiliated with Loudoun County Public Schools as Loudoun Governor’s Career and Technical STEM Academy, and it provides numerous vocational class offerings that your son can participate in as a high school student – culinary arts, HVAC, welding, etc.  If accepted, Monroe could be an excellent option for your son, and it can serve to open him up to future vocational or career possibilities.

At 16, I also think you should consider a part-time job for your son.  A job will help him in many ways; with his work ethic, with being more engaged socially, with being more responsible and with learning the value of a dollar.  Research studies have actually shown that teens who work during high school do better academically and later in life in a number of ways.

Regardless of whether your son decides on attending a four college or university or community college, taking a gap year, or pursuing a trade school education after high school, again, having a game plan that the three of you can agree on and begin to prepare for is a good place to start.