Our son left for college this fall, and while he’s doing great academically, my husband and I are concerned about some of the things we’ve seen on his social media.  There are lots of references to pot and alcohol.  We’ve raised our children to know better, and we are very upset to see the choices he is making at school.  As Christians, we are also concerned about a couple of his pro atheism postings, and his involvement with the Secular Student Alliance on campus.  We’ve tried to talk to him about our concerns, but he has gotten angry, and has told us that we are being controlling and crazy and to “back off.”  I know he’s 18, but we’re paying for college, and we’re still his parents; so sorry but we’re not going to just back off.  Help. ~ Upset in Loudoun

At 18, he may be experimenting with marijuana and alcohol as a means to establish a more independent self.  It’s also possible that his recent interest in atheism at college is a deliberate shift away from what he grew up with to his creating his own way of being in the world.  It’s also possible that your son is struggling; he may be developing an alcohol or drug problem, or emotional problems, so addressing your concerns with him is important.

I think you should speak to him about your concerns, but it seems as though things are pretty tense right now.  Teenagers can be proud and defensive when being confronted, so I think it’s best to focus on your concerns rather than his misbehavior or wrongdoing.  I would let your son know what your expectations are of him at college.

I would make your expectations as reasonable as possible, so that he is more willing to comply with things that are good for him.  I would also listen closely to what your son says, and to what he wants.  If there’s room for compromise, then I would encourage you to find that more neutral place of agreement with him.  If he wants to explore atheism, you can remind him of the importance of your Christian values, morals, beliefs as a family and your concerns regarding atheism, but I wouldn’t forbid his interests in this area.  By being reasonable and by compromising, it is my hope that your son will come to see you more as an ally, and less so as the contrarian parent that he wishes would just back off.  If you continue to have concerns, after talking with him, I recommend that you schedule a consultation with a psychologist that works with adolescents. 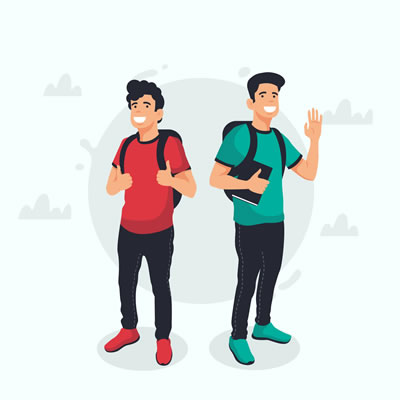 Michael Oberschneider, Psy.D. is a clinical psychologist in private practice. He has been featured on CNN, Good Morning America and several other outlets. He can be reached at 703-723-2999, and is located at 44095 Pipeline Plaza, Suite 240, Ashburn.