With 2021 coming to a close, many are looking ahead to what 2022 will bring.  And, while there are always things outside of our control (e.g., COVID-19 ending), coming up with some personal new year’s resolutions, can be a fun and productive way to start the year.  Sure, we’ve all heard that new year’s resolutions don’t last, but research has actually shown that close to 50% percent of people who make a resolution are still successful in keeping it after a 6-month follow-up.

So, how do you make your resolution stick?  Planning ahead, being realistic, having supports, being goal specific, tracking progress, persevering, being kind to yourself when you get off track, are some of the important things you can do to bring about lasting and meaningful change.

However, in my opinion, change occurs best when you have both an intellectual and emotional motivation to address a problem or goal.  So, for example, only knowing that you have a drinking problem or only having a strong desire to quit isn’t likely going to be enough to sustain sobriety.  Typically, those with alcoholism won’t admit that they have a problem and reach out for help until they are forced to; until they realize – both intellectually and emotionally – that they’ve hit a personal bottom.

Two timely winter holiday examples that demonstrate how your intellectual understanding and emotional reality with a problem can match up for change to occur are Charles Dickens’, A Christmas Carol, and the film, It’s a Wonderful Life.  In A Christmas Carol, Ebenezer Scrooge was a bad guy for a very long time, and he only changed his ways after the ghosts helped him to realize and fear what would happen if he remained bad.  Similarly, in It’s a Wonderful Life, the main character, George Bailey, decided not to kill himself after Clarence the angel showed him what life in his town would have been like had George had never existed.  Ebenezer Scrooge and George Bailey changed when their understanding, alongside their strong emotions, for their situations altogether mattered enough to compel them to see and do things differently.

Research has also shown that change is a process and not a moment, which is an important thing to keep in mind if you’d like to change something about yourself for the coming year.  For instance, studies on smoking cessation have shown that it takes several attempts to quit smoking – The American Cancer Society Council sites 12-14 attempts, the Centers for Disease Control and Prevention (CDC) sites 8 to 11 attempts, and a study out of the University of Toronto found that it can take as many as 30 attempts or more to go a full year without any cigarettes.

Interestingly, these studies revealed that the failed attempts were actually part of the quitting process toward positive change.  For Ebenezer Scrooge and George Bailey, change didn’t happen all at once — Ebenezer Scrooge had to meet all four ghosts to learn about himself and his life, and George Bailey too needed Clarence to show him fully how life would’ve been without him before he understood the true impact of his actions and next steps.

Research has also shown that our relationships can be a powerful motivator to change; and, Ebenezer Scrooge and George Bailey both came to realize that for themselves.  In large part, it was their care and love for others that led them to want to change their ways.  That’s why the ghost that mattered most to Ebenezer Scrooge was arguably the ghost of Christmas present; he realized that he had the ability to do something about his behaviors in relation to the current people in his life, and he rushed to the opportunity to do so at the end of the story.

So, whether your new year’s resolution is to lose weight, get organized, exercise more or quit smoking or drinking, I invite you to first start with creating a mindset where you appreciate – intellectually and emotionally – the importance for the change.  For example, if your doctor tells you to lose 30 pounds, your motivation to do it will likely be higher if you allow yourself to consider the importance of self-care for you and your loved ones (e.g., being able to spend more active time with your spouse or kids, living longer because you’re healthier, etc.).  Here’s to a great 2022!

“There is no separation of mind and emotions; emotions, thinking, and learning is all linked.” ~ Eric Jensen. 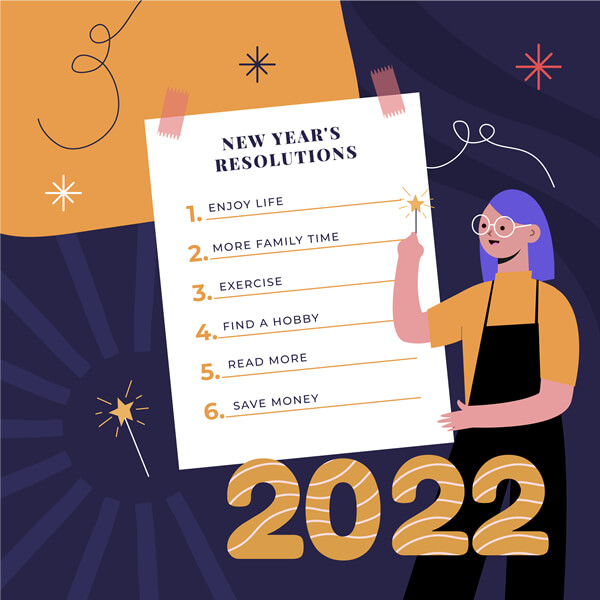 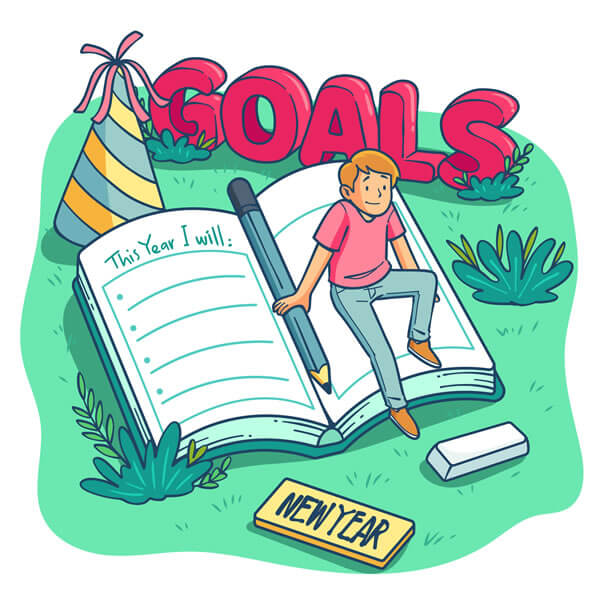